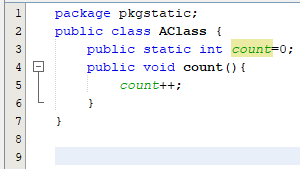 A class has methods and attributes. Any of them can be declared static using the static keyword.
Normally, an attribute is declared like this (as we studied in previous lessons):

We are already using a static main method. A static method looks like this:

And here is it’s usage in the main method. 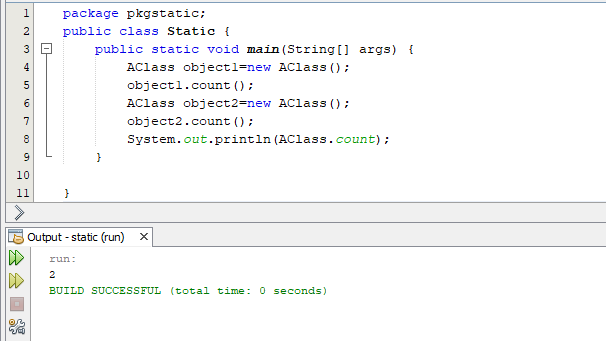 The same concept is applied to static methods. Note that static attributes and methods can be accessed even without creating an object of a class. For example, if we declare a static method in our class: 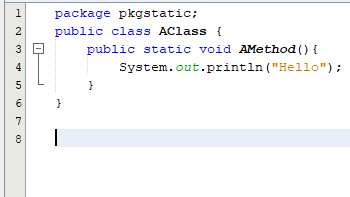 Let’s access the static method without creating an object of the class: 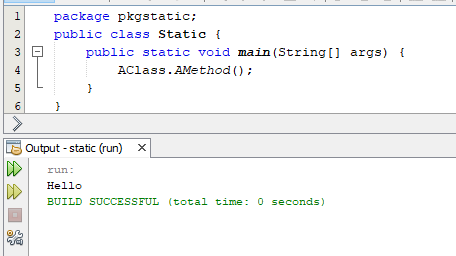 A static method can be accessed even with the object of the class: 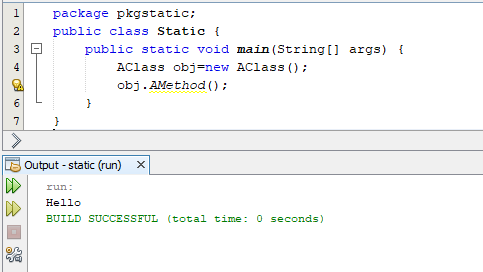 We studied the concept of static. Now let’s see an example of this:
We will create a BankAccount class with all things as usual and a static moneyInBank attribute. 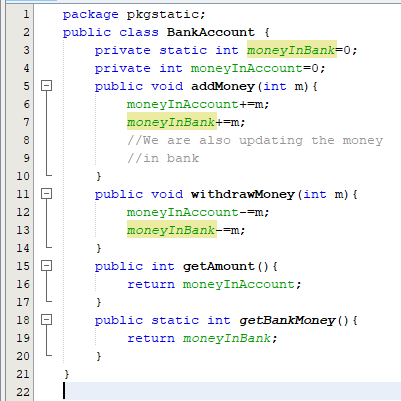 Now let’s use this in the main method: 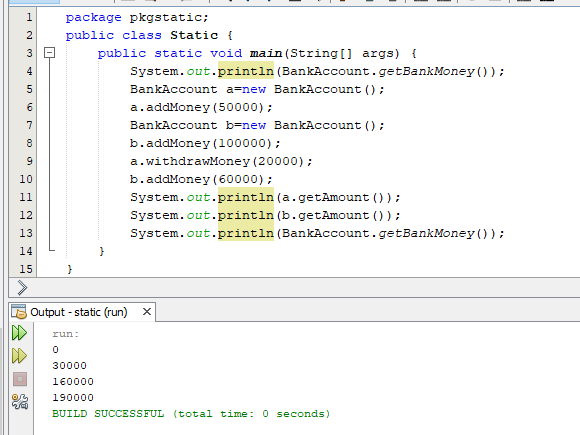 From the above example, you also got the concept why some variables should be kept private and changed only through get/set methods.