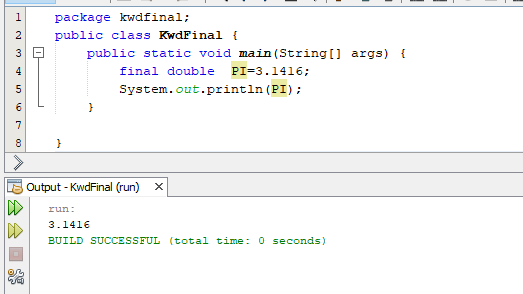 In the above example, the PI is declared final and it can not be changed afterwards in the program.
*It is a convention to name the final variables in camel case.
A final variable may be accessed any number of times in a program but any attempt to change it will cause an error. The following example shows a final variable being created and accessed:

The following code tries to change a final variable and as a result, an exception (error) is thrown: 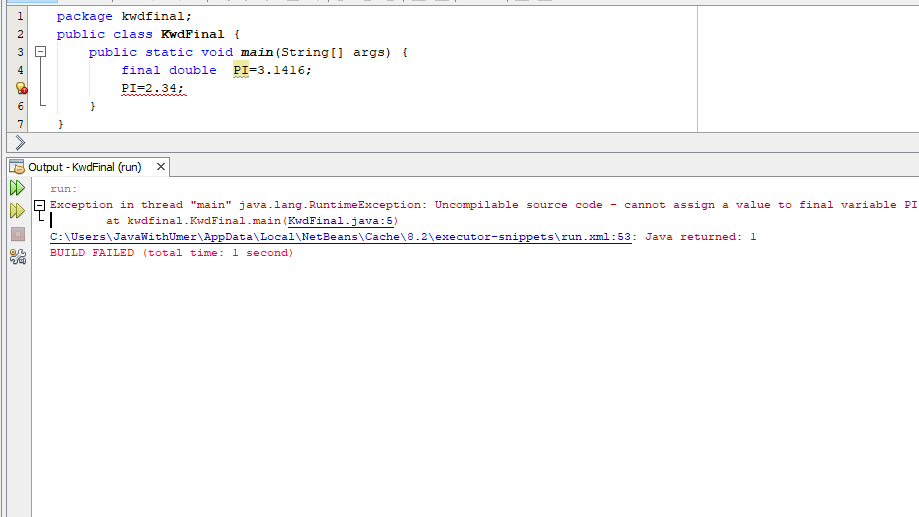 Methods and classes can also be declared final.

One of the most annoying error in programming is the logical error. A syntax error is easily caught by the IDE as it underlines it and gives a warning but a logical error is much difficult to catch. In this case, the syntax is correct but the programmer makes a logical mistake while coding. One of the mistakes is changing the value of a variable accidentally that was not meant to be changed. Making such variables final will help us decrease the chance of some mistake. If we try to change the value of the final variable, the IDE will point the mistake so that we can easily correct it. It saves the hectic effort of searching for the error yourself.