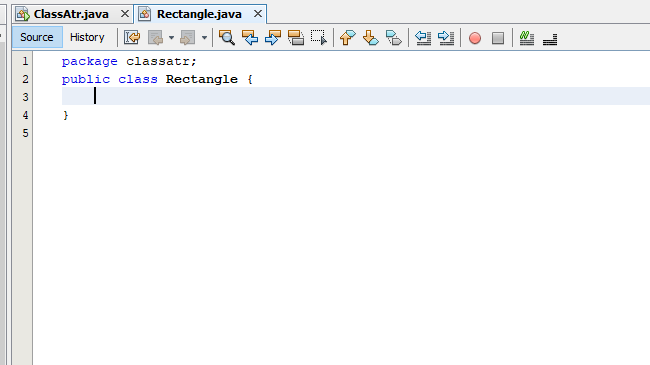 Now let’s create a new java project and create a class named rectangle in it:

Now let’s add methods to our class. One method will find area and the other will find the perimeter of the rectangle.

*The length and width variables we used in the methods are actually the class attributes(variables) we defined above
The whole class will now look like this: 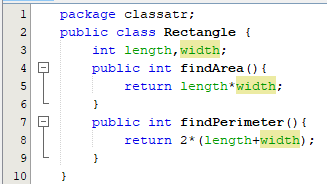 Now let’s create an object of your new class and set the length and width for the object. Accessing the attributes of a class is same as accessing its methods. We use the attribute and the object name separated by period. 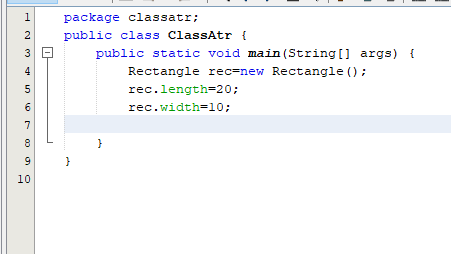 Now let’s use the findArea and findPerimeter methods to find and display the area and perimeter of the rectangle object. 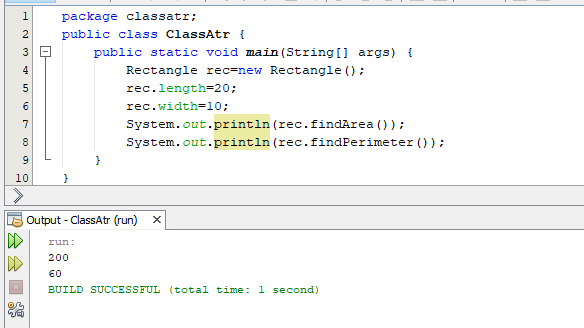 An answer to the question from the previous lesson: We can use static methods even without creating object of the class. So why are’nt all the methods static? The answer is that static methods can not access the non-static attributes of the class. For example, if we declared the findArea method static in the above Rectangle class, it would not be able to access the non-static length and width of the rectangle. Attributes can also be declared static. We will learn more about static and non static methods and variables in a separate lesson.