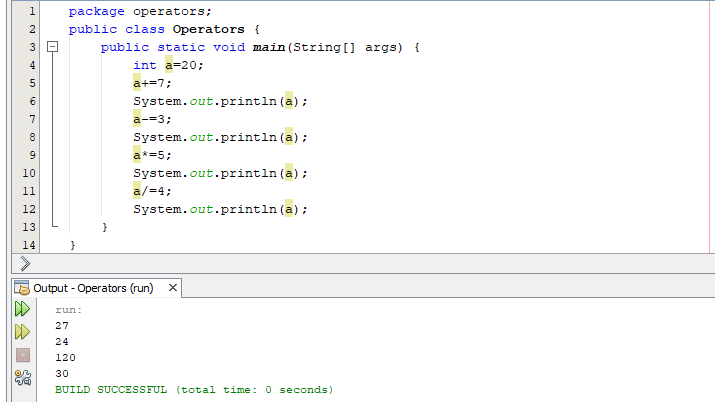 You studied about some operators in java in the previous lesson. Some more are here.

Compound assignment operators:
Let’s suppose a statement
a=a+3;
In mathematics, it does not make sense, but in programming, it works. It means that you are increasing the value of a by 3. Similarly consider the following statement:

It also means that you are decreasing the value of a by 53.
Similarly the following also work in programming:
a=a*5;
a=a/4;
Such statements are used by programmers many times, so there is a short way to perform this action. There are operators in Java called compound assignment operators.
+=
If we write a+=3 this is equivalent to a=a+3. This will increase the value of a by 3. 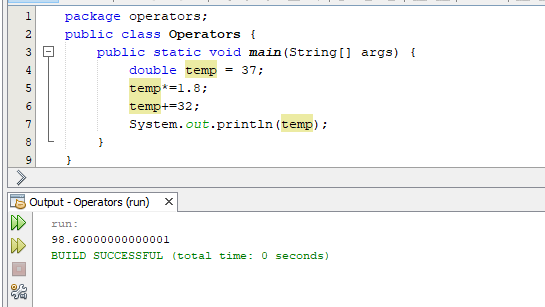 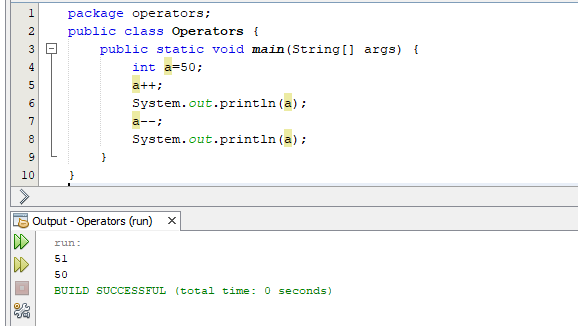 The important concept to understand here is the concept of post increment/decrement and pre increment/decrement operators. We can use this ++ and — before and after the name of the variable on which the operation is supposed to be performed. For example, consider the following example: 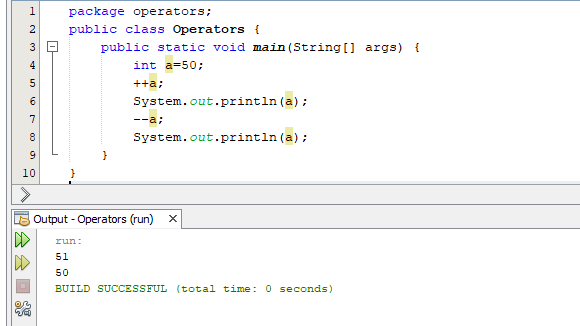 Using them before and after the variable name is not always the same. This is better illustrated by the following example. 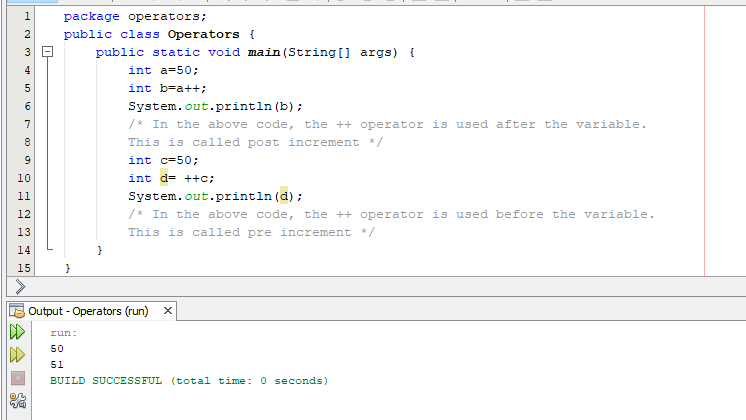