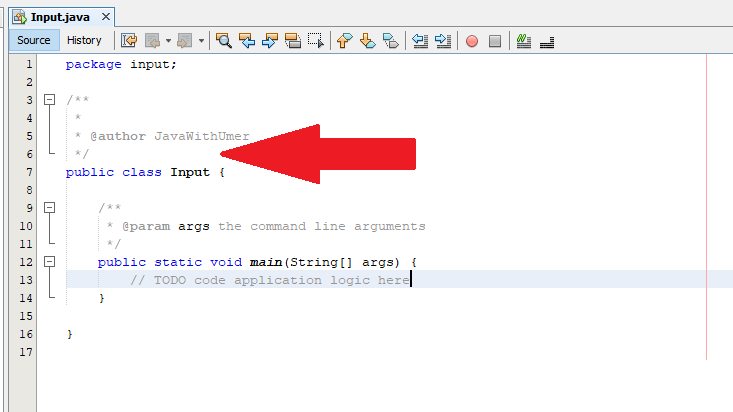 The code you will have to write is :
import java.util.Scanner;
It will look like this: 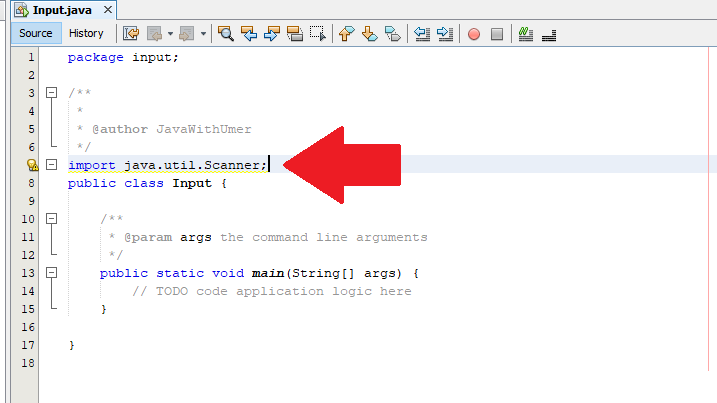 After this, you will be coding in the main method as you did before. First thing you will have to do is to create a new scanner object. This is done as:

The anyName in the above statement is the name for the Scanner. The rules for choosing this name are same as you studied in the previous lessons about naming a variable. For example, I am naming it in. It will now look like following: 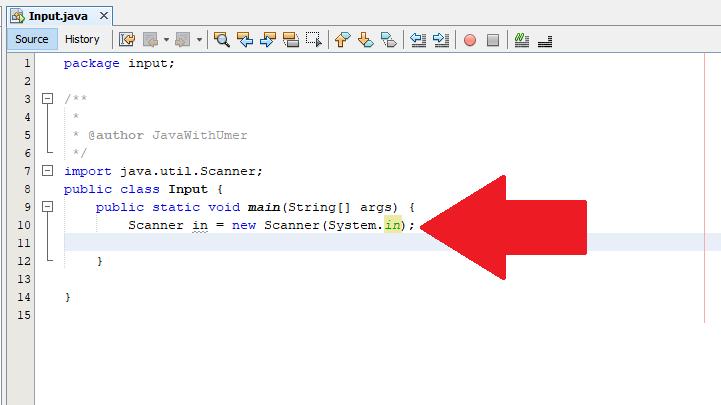 There are different methods available in the scanner class to take inputs of different data types. These methods are:
Read a byte:  nextByte()
Read a short:  nextShort()
Read an int:  nextInt()
Read a long:  nextLong()
Read a float:  nextFloat()
Read a double:  nextDouble()
Read a boolean:  nextBoolean()
Read a complete line:  nextLine()
Read a word :  next()

You can access any method of the scanner class in the following format:

We will direct the input from the user into a variable. Let’s take an example on how to input an integer from the user. Keeping in mind the above format, our nameOfScanner is in and methodName() is nextInt(). So it will look like following:

Let’s take an example of a program that inputs a number from the user and displays it on the screen. 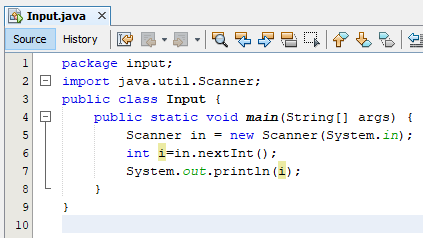 When you run this program, it will wait for your input in the output section of the program. 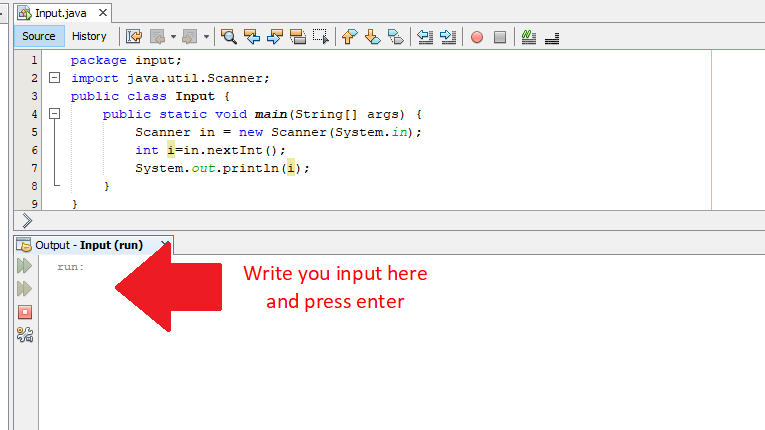 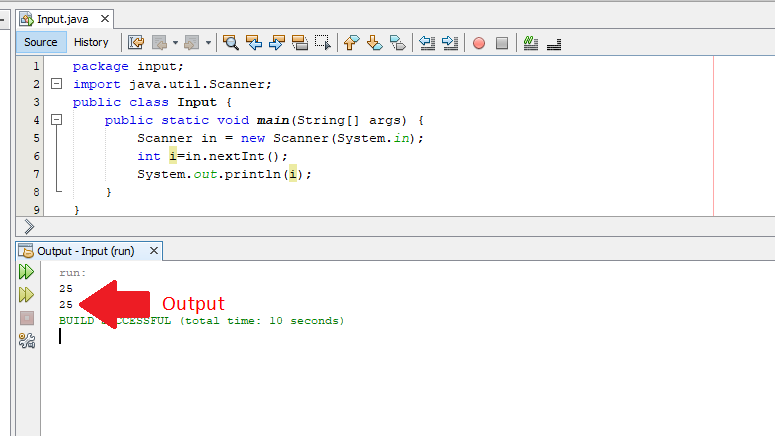 Now let’s take an example of a program that takes two numbers as input and displays their sum on the screen. 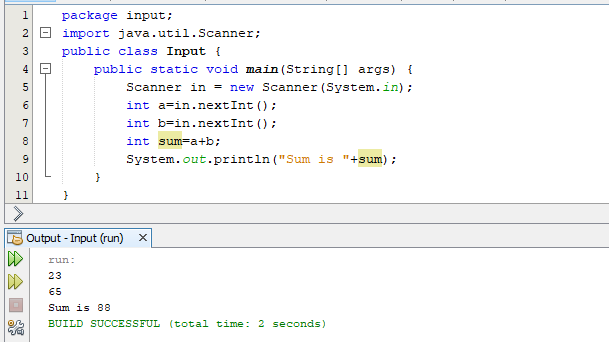 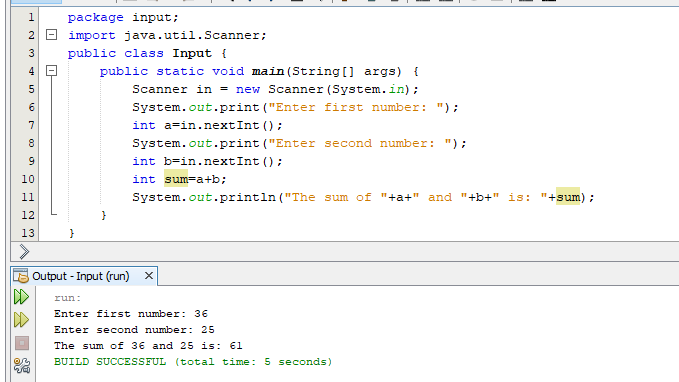 *We used the concatenation operator ( + ) in the last System.out.println(); statement to display text and numbers next to each other.

Let’s take an example of another program that inputs a String. 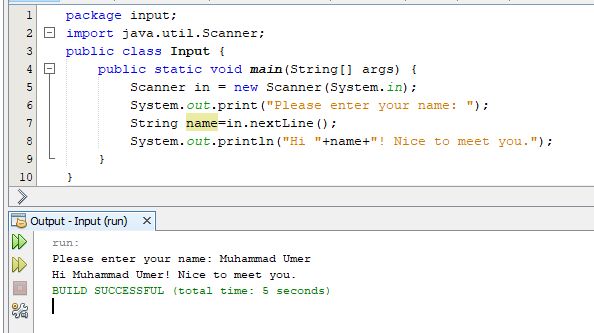